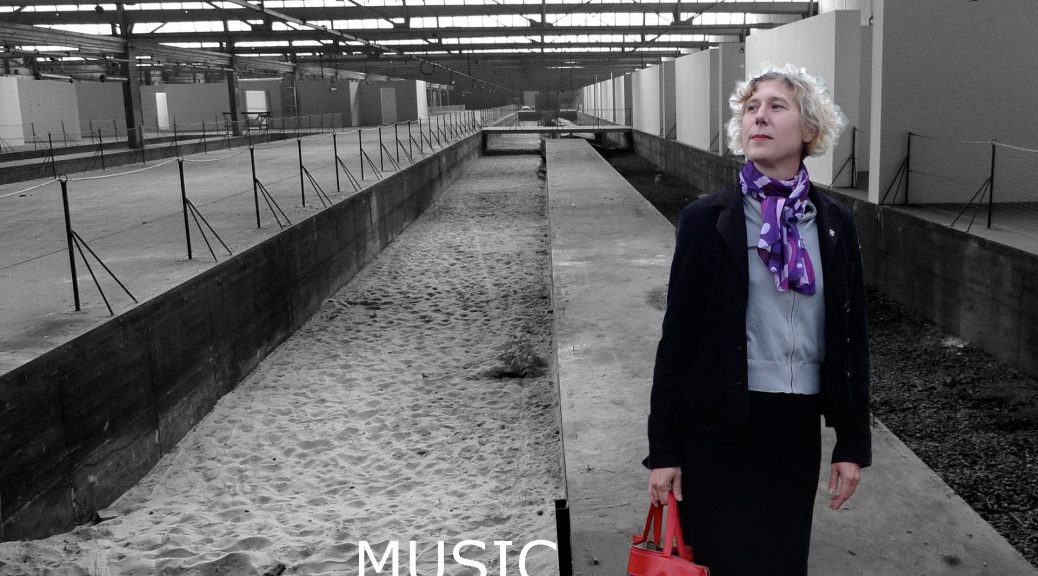 Everyone knows trains. They take you from A to B. And possibly back.
The train is a myth, not only as a means of transportation, but also as a reinvention of the concepts of time and speed. A train can also be considered as a narrative – with an open end and an open beginning. In between: a time-stream filled with acoustic imagery.

In Music4Trains, the acoustic qualities of environmental, accidental sounds are used as musical elements. In turn, selected samples from the canon of modern composition got freed from their original structure and shred down to fragments of noise. I did so to show my appreciation for work already done in the field of “locomotive music”. At the same time, this rather casual choice reflects the thorough omission of another thousand of musical works done on trains.
The ‘classic’ fragments were spliced, looped, speeded up or down, hacked into, turned over or reversed, until they turned into an acoustic debris not unlike the stuff you find in the trackbeds between the blackish grid and those patches of sturdy, uncompromising vegetation.
Conversations, phone calls on platforms, loudspeaker announcements, children’s screams, the sticky scent of human presence. A violin played at Hauptwache Frankfurt, an opera singer practising in an underpass somewhere in New Zealand, Hamburg’s main station anti-junky classic muzak, freight trains passing through Bremen and Gießen stations, Polish workers taking their leave from Berlin. I have been travelling u-tube videos, sampling away on Hungarian passenger trains and on the archives of freesound.org. And I taped this sad and furious old lady on a train to Vienna.

I am in love with breaches, flaws, mistakes, gaps and of course: noise. All of this connect us to the intangible fleeting beauty of our daily lives that are made up of noises, sounds and an all-pervading music.
More unused field recordings of trains and stations rumble about on my hard drives, shifting there like restless sleepers in their digital trackbeds. These four pieces are what came into being for now. Anything more you’ll have to make up yourself.