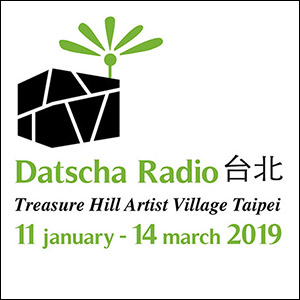 In January 2019 Datscha Radio traveled to Taiwan. As one of the selected artists for the Treasure Hill Artist Residency 2019 I was invited to perform research and radio art on site.
Six episodes of Datscha Radio explored, together with local artists and residents, the ecology of Taiwan.
Among others I was happy to collaborate with the following artists:

The audio archive of our broadcast can be accessed on:
https://www.mixcloud.com/datscharadio17/drt-6-waste-culture-1/ 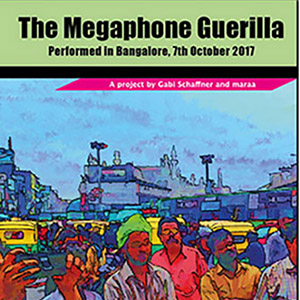 I am a stranger in Bangalore. There are many shades to the concept of a stranger; the visitor, the intruder, the guest, the immigrant, the ex-pat, the traveller, and more.
Strangeness is a fruit with many tastes, shapes and colours. From bitter to sweet. From carcass to cake. From black or brown to white or yellow… or orange for that instance.


The first “strange” things I noticed in Bangalore were the fleshy orange flowers of the tulip trees that covered the pavement almost everywhere. The second was the omnipresent earpiercing sound of car horns in the roads, and the third thing that struck me as very unfamiliar were the piles of waste sitting patiently, trodden on, kicked over, picked at and awaiting further processing in any corner of any corner.
After that: the great number of very peaceful dogs and cows.
Hello.
Hello?
Mooh!

In Germany we know that the cow is considered sacred in India… yet it is the mix of sacredness and indifference that gives these apparitions their strangely surprising presence. Being a traveller, identity is no great issue to contemplate. Being a traveller one knows about distance and difference.
It is what our eyes, minds and souls feed on and it is totally relative.
If one would go crazy for example, in a foreign country: you’d notice? Stripped naked in a foreign country, who would know who you are? Otherwise: without knowing about “the other” there is no “me”. They are interchangeable. Then again, identity can be a burden. As much as it gives you something you belong to, at times you don’t want to belong. The number of things that seem “strange” diminishes until – eventually – all of them have faded into familiarity.

Who is “I”?
“I live here” is a concept I would apply to anyplace where I can be at ease with myself ,…. where my fingers rest comfortably on a keyboard and nobody threatens to take me away. Where I am safe for the night. Yet here in Bangalore, there are things I dearly miss. Most of it being the perfume of first autumn days in Middle Europe, a mixture of hoar frosted… rotting… leaves and sweet apples.

Identity cannot be regarded as something that is fully “whole”. It has flaws, Missing bits, embedded particles that reflect the sun like fools gold. it changes and grows, it might even shrink. there are hollows, some of them even containing soil and seed pods. Identity is sometimes rained on, especially in the monsoon season. In death it is accomplished… but probably not before. And this pair of eyes behind the looking glass: Maybe we should take the mirrors down.

Maybe we should take the mirrors down.