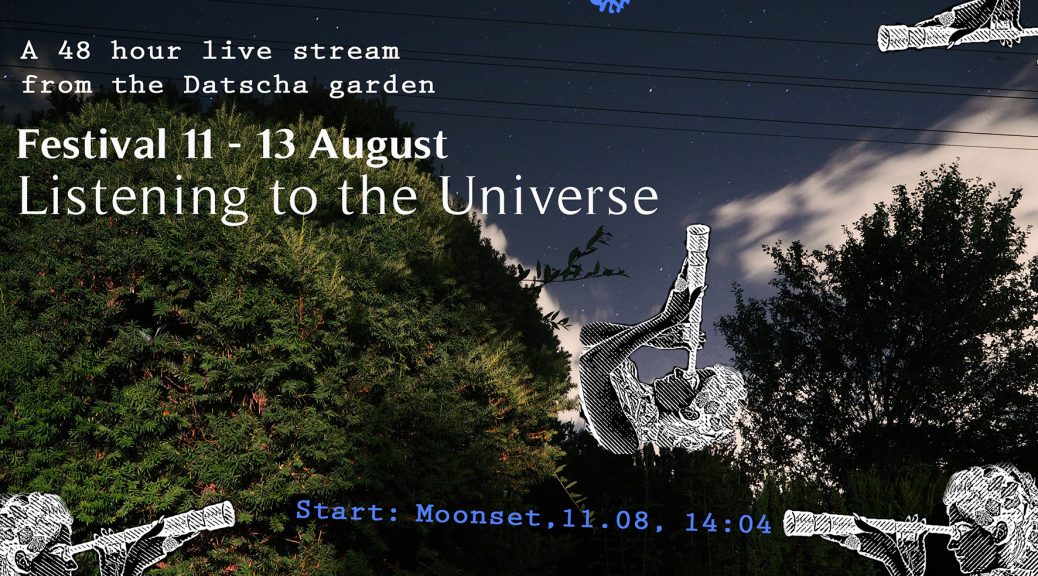 Every year in August, the Northern Hemisphere’s night sky is graced by meteor showers – the Perseids. Datscha Radio used this astronomical spectacle as the departure point for a 48-hour festival of radio art, from moonset at 2:04 pm on August 11, until 2 pm on August 13, 2020.

Datscha Radio – a non-commercial, independent, nomadic and interdisciplinary Berlin radio art initiative – has been engaged in expanding the culture of radio creation since 2012. It aims to create new listening experiences beyond the dichotomies of culture/nature and sender/receiver. It is transmitted from an allotment garden in the north of Berlin.

“Listening to the Universe – Radiophonien des Alls“ was dedicated to themes and music inspired by the phenomenon of the comet 109P/Swift-Tuttle.

With a broad spectrum of topics – from cosmogonical myths to the signals of meteor detectors, from starlight-inspired violin improvisations to experimental horoscopes – Datscha Radio traced the path of these ‘falling stars’ to their manifestations in space and matter as the fictions and artistic responses that are bound up with them.

A documentation of our shows will be uploaded on mixcloud in due time.