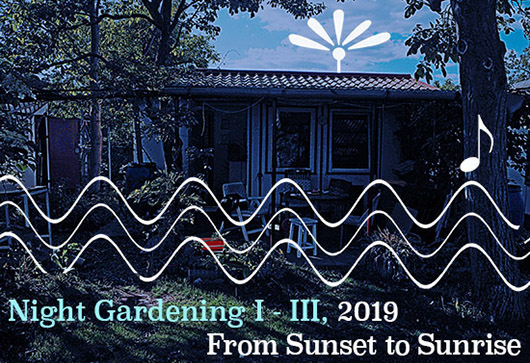 The night is, far more than the day, a sphere of transmission. Fragrances and odours are perceived more strongly, the ear is sharpened, the superiority of the visual recedes.
Since its inception, Datscha Radio has paid special attention to the night. In the three-part event series NACHTGÄRTNERN [NIGHT GARDENING], Datscha Radio intends to fill the living space of the night in a synaesthetic and radiophonic way. Each station is located in a different garden in Berlin. We will broadcast live, from exactly sunset to sunrise. (Depending upon transmission date, the transmitting time will vary).

I The Night of the Nightingales (April 30th) Datscha Radio explores the essence of the night on the first evening with a focus on the nightingale (Luscinia megarhynchos). April 30th, 20.32 – 5:33, May 1st, 2019.
II Frequencies and Fragrances ( (August 8th) Datscha Radio will take one step further in its radio-sensory exploration of the nightly garden. How may scents translate into radio? August 8th, 20:46 – 5:39, August 9th
III Night Walks, Rituals and Ceremonies ( (October) 21st of October, 5:57 pm – 22nd of October 7:45 am.
Uneven ground, restricted view, in the truest sense of the word unforeseen obstacles: Walking in the dark activates different abilities of our senses and physics. Body boundaries shift and expand, and with them also thinking and imagination go new ways…

Datscha Radio will take one step further in its radio-sensory exploration of the nightly garden. How may scents translate into radio?

Datscha Radio has been honoured with a prize for artistic project spaces and initiatives. The State Secretary for Culture, Dr. Torsten Wöhlert, has awarded a total of 20 initiatives, which were nominated by an independent
jury. An endowment of 37,000 euros will be awarded to each project. The award ceremony will be held on the 13th of September, 2019, as part of the Berlin Art Week. 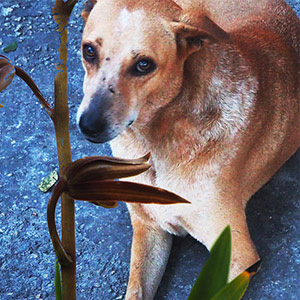 Originally composed for the Radiophrenia festival in Glasgow in 2019. there exist two different mixes: One for Radiophrenia (broadcast on May 23) and the other one (Orchid mix) for radia.fm’s. Show #733. Hosted by radio x, Frankfurt, Verena Kuni.
Length: 27:30 min.

The Dog That Licked Up A Star is a radiophonic suggestion for deceleration. The composition features (among others) a singing dog from the town Hengchun, in the South of Taiwan. While I sat in the patio listening to his voice, a cloud passed. The other afternoon I sat under a tree next to the lake of Luan and recorded short wave radio in the rain. The dog and I also went up to Maokong mountain in a gondola where we met with Mr. Hu and the Orchid Lady. On the way down we noticed something glittering in the mud. It was a tiny star.

Recordings for this piece were made in: Treasure Hill Artist Village, Bamboo Curtain Studio and Maokong mountain in Taipei; Yilan, Yilan District; and in Hengchun and Hengchun Folk Museum, Houbihu and Longluantan, Pingtung District, South Taiwan.

Voices: Mr Hu is the eldest inhabitant of Treasure Hill Village. 93 years old, he likes to study books on the history of China and he loves to sing to the ladies. Translator: Catherine Lee, director of Taipei Artist Village (TAV). Margaret Shiu is the founder and artistic director of the Bamboo Curtain Studio, an ecologic artist residency in Tamsui, New Taipei. Excerpt is taken from our “Plum Tree Talk”, February 2019. 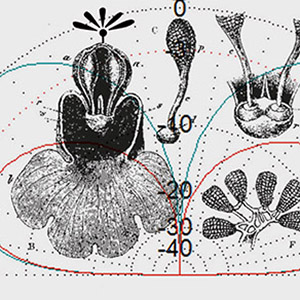 “Merde – C’est une belle chose” – the radiophonic opening of our second radio day began with a quote from Alfred Jarry and a contemplation of this special mass by the artist Kerry Morrison. Her text “Body Garden Experiment” describes intercontinental transportation of seeds, the body as a catalyst for multiplication and dispersal: “Clearly, my body waste was not entirely waste material. It had fecundity.”

Datscha Radio17’s “New Symbioses”, in their combination of food, biology, radio(making), ecology and experiment, continued to take on new forms throughout the day. In contemplating the day’s essence, the thought surfaces as to whether or not a radio day can be envisaged as a body. On this elongated, partly winding, partly translucent body which spreads via radio waves across the garden and into the world, there are openings and enates, there are dish-like hollows where tomatoes are stacked next to fishes, and there are tentacles equipped with LEDs emitting the most diverse signals. This body is not human and it is not garden. It is not a breed – not by nature – and it is not a system. Four examples of our symbiotic broadcasting body must suffice to highlight the day’s events.

Raymond Brouwers from Urban Street Forest reaches the Datscha just in time for Carte Verte. It should be clear to us, says Raymond, that our (Western) lifestyle devours landscapes elsewhere, it robs them of water, energy and resources. In the unification of vertical city greening and reforestation, for every urban tree planted, so is another one in areas threatened by desertification. His “One Tour Tree Forest” tour will take him throughout Europe this winter, where he will scout out new buildings for greenification.

The home of symbiosis is the interstice. There it thrives, there it makes its connections: between the buildings of the city, between the continents, between the material and the immaterial, between human and machine. In its semi-opaque depths, hidden in the vibrant folds of its existence, question and answer, wonder, fallacy and fact become one. What could knowledge and learning mean in the future?

After a moment of hesitation, and an effort to imitate a moth, our radio body takes on the shape of orchid blossoms. The broadcast “Hidden elements: reciprocal knowledges” by Shanti Suki Osman and Kate Donovan evolves into circular vortexes of talk – interrupted every so often by a “wow” – about the communication of nonhuman garden dwellers. There are species of orchids that mimic the body of female wasps in order to attract the appropriate pollination partner. Others, in turn, are able to create a sound that resembles the frequency of potential prey insects…

A couple of hours later: A long, thin black cable winds out of a knife’s handle, disappears into the inscrutable tangle on the table and ends up at a keyboard and an assortment of switches. Kasia Justka’s “Singing kitchen” performance merges cutlery and gadgetry, music and electronics into continually new improvised soundscapes.

New Symbioses: Do they require our faculties of imagination? Do they need their own invention? Or could it suffice to translate what already exists into ever-new oscillations? Is not radio itself a symbiotic source of communication and a ‘world receiver’? By the end of the day the channels of the Datscha Radio body open up for breakfast at the other end of the world. We broadcast yet we don’t: Sophea Lerner’s “Saturday Night Breakfast” from Sydney is streamed onto our server whilst we sit down in the nightly garden to finish off the remains of the tomato salad and listen. New seeds for mind and body! 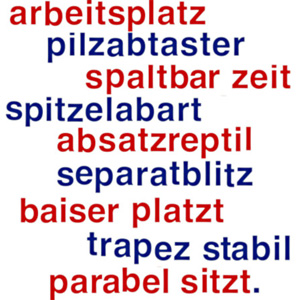 The compositions explore the several terms taken from the vocabulary of work environments. From “soft skills” to “expense factors”, from “manpower resources” to “motivation coaches”, I always had the eerie feeling that the anagramatic potential of these weird terms holds a different world of meanings. The melodies for this were computer generated via the P22 letter-to-note music generator, the voices are synthetic as well. Selected field recordings complement the tracks. Ten pieces with a duration of less than 45 seconds. Commissioned by Deutschlandfunk Kultur. Part of the “Wurfsendungen”, online and on air from the 8th of October 2018.

Mapping and contextualization of gardens in relation to our changing perceptions of “nature”, techné and “wilderness” form part of my practice since the 90s. With Datscha Radio as an additional platform for exchange and research this strain of work was still intensified.

The use of radio as a first-hand method of ethnographic investigation is unusual (but not wholly unknown). Yet it creates an invaluable output in terms of communicative exchange, archiving possibilities, sustainable artist platforms and self-empowerment. If ethnology can be termed an “actor-network” with hybrid results (Yokes, 2018), free radio (net)work(s) allows for an even wider spectrum in content and actors, from waveforms to humans to non-humans to even unanimated (do we know it?) matter.
A choice of garden mappings is found here: datscharadio/worldgardening.

Fermat’s Last Theorem is based on the mathematical problem of the same name, which was solved in 1993 by the British mathematician Andrew Wiles. A BBC broadcast documented on the septennial solution path. Inspired by the magical number Seven and the intricacies of the whole process I staged the movie as storytelling performance. The lecture itself was held without notes, yet – as the picture shows – 4 and a half pages were needed just to register the main facts. Duration: approx. 40 min. „Fermat“ was only performed thrice, last in 2010.